This year's EHS Management Excellence conference will be held at the Hyatt Regency Baltimore Inner Harbor in Baltimore, Maryland. NAEM has secured deeply discounted rooms at $199/night. Please call or email Virginia Hoekenga at (202) 986-6616 or virginia@naem.org to reserve your name. Please note these are available on a first come, first serve basis. 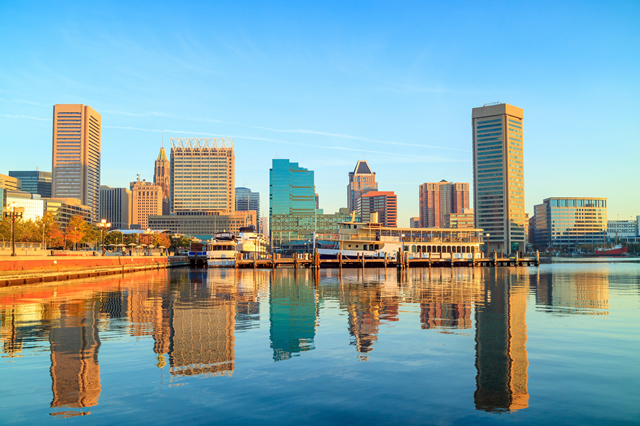 Baltimore is the largest city in Maryland, and the 29th-most populous city in the country. It was established by the Constitution of Maryland and is not part of any county; thus, it is the largest independent city in the United States. Baltimore has more public monuments per capita than any other city in the country and is home to some of the earliest National Register historic districts in the nation. Founded in 1729, Baltimore is the second largest seaport in the Mid-Atlantic. With hundreds of identified districts, Baltimore has been dubbed "a city of neighborhoods". In the War of 1812, Francis Scott Key wrote The Star-Spangled Banner, later the American national anthem, in the city. The city is dedicated to sustainability, creating the Baltimore Office of Sustainability in 2009. Learn more about Baltimore's sustainability efforts.

The closest airport to Hyatt Regency Baltimore Inner Harbor is the Baltimore Washington International Airport (BWI). The airport is about 10 miles (20 minutes) away from both the the conference hotel.